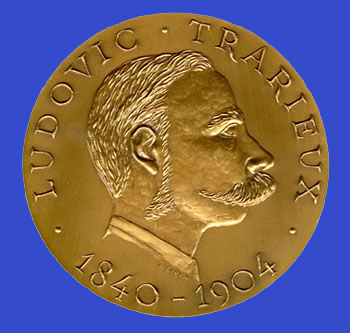 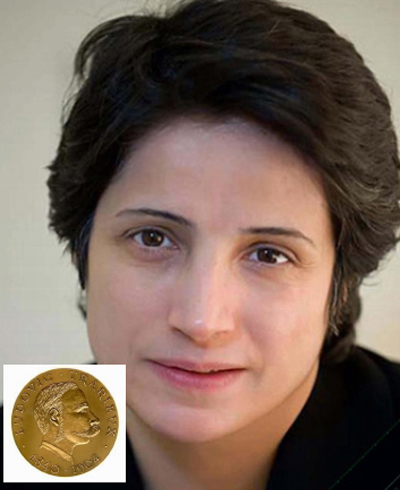 The official award ceremony will take place
on Friday, May 24, 2019
at the courthouse in Brussels.

As a lawyer, in 2003, Nasrin Sotoudeh Langroudi, 55,    became an active member of the Center for the Defense of Human Rights and the Society for the Protection of the Rights of Children. She was the lawyer for   women’s rights activists, ,  journalists , politicians   and legal colleagues such as Nobel Peace Prize laureate Shirin Ebadi.

She was first arrested in September 2010   on an array of charges including "propaganda against the state" and "cooperating with the Center for the Defense of Human Rights."  On January 9, 2011 she was  sentenced   to 11 years in prison  and an  additional 20-year ban on practicing law also bars her from traveling outside the country once her sentence is complete.  On September 2011, an appeals court reduces Sotoudeh’s sentence from 11 years to 6, and her ban from working as a lawyer is reduced from 20 to 10.  After three years, in September 18, 2013, she was released from Evin Prison, on the eve of President Rouhani’s first visit to the United States.

On October 18, 2014: Branch Two of the Lawyers’Disciplinary Court at the Iranian Bar Association bans Sotoudeh from her law practice for three years. On October 21, Sotoudeh begins a sit-in in every day front of the Bar Association to protest the ruling banning her from her law practice. Finally in June 2015, her license to practice law is reinstated but not for political or medias cases.

Since 2017, Nasrin Sotoudeh has   worked as a defense attorney for women charged with violating Iran’s compulsory veiling law. Subsequently, Nasrin Sotoudeh was abruptly re-arrested on June 13, 2018 and taken to Evin prison where she is informed she has been sentenced to five years in prison after being convicted in absentia on unspecified charges. She started a hunger strike on 25 August in protest at the Iranian authorities’harassment of her family and friends. Her husband, Reza Khandan, was arrested on September 4th, 2018 .

She received   the Sakharov Prize jointly with iraniam filmmaker Jafar Panahi, in 2012.

Since 1984, the "International Human Rights Prize Ludovic -Trarieux” is awarded to " a lawyer, regardless of nationality or Bar, who thoroughout his career has illustrated, by his activity or his suffering, the defence of human rights, the promotion of defence rights, the supremacy of law, and the struggle against racism and intolerance in any form ".

The first Prize was awarded on March 29th, 1985 to Nelson Mandela then in jail. It was officially presented to his daughter, Zenani Mandela Dlamini, on April 27th 1985, in front of forty presidents of Bars and Law Societies from Europe and Africa. It was the first award given to Mandela in France and the first around the world given by lawyers. On February 11th 1990, Nelson Mandela was released. Since then, it was d ecided that the Prize would be awarded again. 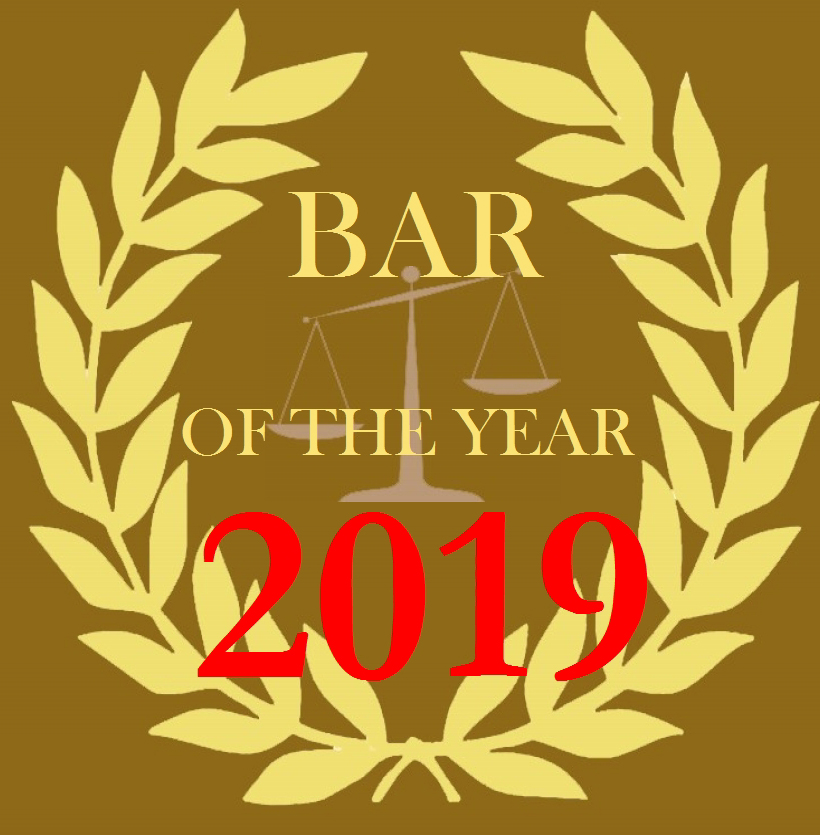 BAR OF THE YEAR