"The international award given by Lawyers to a Lawyer" 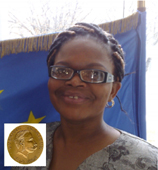 The Jury meeting on Friday  May 15th 2009, in House of Lawyers in Paris, and presided by Bâtonnier CHARRIERE-BOURNAZEL , president of  Paris Bar Association,  decided to award  the fourteenth "LUDOVIC-TRARIEUX INTERNATIONAL HUMAN RIGHTS PRIZE » 2009 to Beatrice METWA, a prominent media lawyer in Zimbabwe, president of the Law Society of Zimbabwe for for her trailblazing role in defending freedom of peaceful assembly ,  of association and  freedom of speech and the rule of law in Zimbabwe.

Beatrice Mtetwa  who has lived with threats of incarceration for her role in defending human rights, was awarded the prize “ for her essential contribution in the struggle for freedom of peaceful assembly of association and freedom of speech and the rule of law in Zimbabwe.“

The award is the oldest and most prestigious award reserved to a lawyer in the world.

The first Prize was awarded on March 29, 1985 to Nelson Mandela then in jail. So, Beatrice Mtetwa  is the first African Prize Winner since Nelson Mandela jailed in 1985.

The Ludovic-Trarieux International Human Rights Prize created in 1984 is awarded every year to a lawyer, regardless of nationality or Bar, who, by his work, will have illustrated his activity or his suffering, the defence of human rights, of defence, the supremacy of law, the struggle against racism and intolerance in any form, jointly by Human Rights Institutes established by bars of Bordeaux, Brussels, Paris and the European Bar Human Rights Institute (IDHAE) and the Unione Forense Per i Diritti Umani (Roma).

Biography :
BeatriceBeatrice Mtetwa a prominent media lawyer, born in Swaziland, was growing up in Swaziland, before moving in 1983 to Zimbabwe. She married in 1989 a local mathematics teacher and had two children.

As a Zimbabwean lawyer, Beatrice Mtetwa, President of the Law Society of Zimbabwe and also one of Zimbabwe's foremost lawyers defending opponents of Robert Mugabe's regime, all at great personal risk. Those Mtetwa has defended include many black farmers evicted from their land by the government, the mayor of Harare, a leading member of the Movement for Democratic Change (MDC).

In a country where the law is used as a weapon against independent journalists, Beatrice Mtetwa has continually defended journalists  in Zimbabwe who have been detained and harassed. The illegal detention and torture of two journalists in 1999 marked the beginning of an unprecedented clampdown on the free press in Zimbabwe. This came as a new opposition party posed a strong challenge to the government, and a new independent newspaper, the Daily News, was reporting on critical issues. After the government lost a constitutional referendum in 2000, it stepped up its war on the independent press. It introduced new laws under which it became a crime to practise journalism in Zimbabwe without government accreditation.

Beatrice Mtetwa has defended the Guardian newspaper's former Harare correspondent Andrew Meldrum, an American journalist who was expelled from Zimbabwe in May 2003 after 23 years as a correspondent for British papers. She has worked on behalf of the Daily News, Zimbabwe's sole independent daily newspaper until it was closed by the government in 2003. As a consequence, she has been subjected to a savage beating by police.

On October 12, 2003, in Harare, she was the victim of a car-jacking for the second time in eleven days. She contacted the police immediately following the incident but, instead of helping Beatrice Mtetwa, the officers accused her of being drunk and took her into custody. Despite their accusation the officers failed to breathalise her...instead they assaulted her both on route to the police station and then upon her arrival at the station During these assaults she sustained injuries to her head, face, arms, back and thighs of such severity that they required treatment at the Trauma Centre in Harare upon her release.

In 2005, Beatrice Mtetwa won acquittals for Toby Harnden and Julian Simmonds, journalists with The Sunday Telegraph of London, who were arrested outside a polling station in Zimbabwe during a parliamentary election.

In March 2007, while serving a court order on the police, she was violently manhandled, roughed up abused and dragged by police officers from out of the police station back into the police station where she had just served a court order on the reluctant officers. Zimbabwe Lawyers for Human Rights reported that violent incidents against its members are on the rise in Zimbabwe following the recent crackdown by the police on opposition activities which resulted in the fatal shooting of an MDC activist, the arrest and assaulting of Morgan Tsvangirai and other pro-democracy leaders.

On May 8, 2007, Beatrice Mtetwa, and other lawyers were severely beaten by the police in Harare, for leading the legal profession in Zimbabwe to defend the rule of law and protest the frequent harassment of lawyers in Zimbabwe by the police and the now endemic defiance of court orders by the government. The four lawyers, dressed in professional robes, had been forced into a police truck and driven to an open area in Harare’s outskirts after officers broke up a protest of more than 60 lawyers outside Zimbabwe’s High Court. Beatrice Mtetwa, suffered bruises on her back, arms, and legs after police in Harare beat her and three colleagues with rubber clubs for several minutes

During a crackdown on the press that occurred amid presidential voting in 2008, Beatrice Mtwetwa successfully defended many journalists, including New York Times reporter Barry Bearak and British freelance journalist Steven Bevan charged with working without accreditation from Media and Information Commission (MIC) in violation of a 2002 press law, under which journalists can be sentenced to up to two years in prison.

In March  2009, thanks top Beatrice Mtetwa, human rights campaigner Jestina Mukoko was released on bail from three months of detention. At the same time, according to the Committee to Protect Journalists (CPJ), the Zimbabwean attorney general's office planned a baseless criminal investigation into Beatrice Mtetwa. 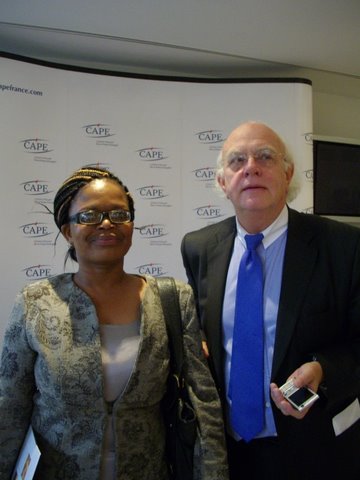 Created in 1984, the "International Human Rights Prize Ludovic Trarieux” is awarded to " a lawyer, regardless of nationality or Bar, who thoroughout his career has illustrated, by his activity or his suffering, the defence of human rights, the promotion of defence rights, the supremacy of law, and the struggle against racism and intolerance in any form ".